When he was young, being on the stage and acting was the most meaningful for him.

“I had a need and desire to tell stories. In my own life, I had experienced how stories by others made aspects of me visible – parts that had been hidden or that I feared or felt ashamed about. I was interested in how I could create stories that give something to others, in turn.”

Now, Toivola is returning to the stage. He is involved in the play Norminäytelmä by Marjo Niemi, which deals with the norms of gender and sexuality. The play will premiere on 29 October. Toivola loves returning to theatre.

“This feels special because it’s the first time in ten years that I’ll be on stage. During my time in politics, I wasn’t able to do theatre, since rehearsing for a play is such an intensive period. In the meantime, I’ve only done small roles in series and films.”

Toivola was a member of the Finnish Parliament for eight years. Two years ago, he left his political career and jumped back into creative work, which is more uncertain, financially speaking.

In his work as a politician, he met with several people from whom he heard thought-provoking stories. He felt a need to release and unravel these stories through creative activity. His motivation for returning to the creative field also came from the feeling that something had been left unsaid.

“For me, creative activity has been a way to structure both myself and the world and learn things.”

Still, copyright is also a matter of principle for him.

“It’s vital that authorship is recognised and acknowledged. The author and owner is entitled to remuneration for their work.”

Shades of being a man for adults and children

Earlier this year, Toivola released two books: the novel Rakkaudesta (‘of love’) and the children’s book Boy in the Red Skirt. Both works spring from the same way of thinking. They deal with the themes of masculinity, differences, love and the need for acceptance. Toivola explains that, as an artist, he seeks various realisation forms for a theme he sees as important at a given time.

“I notice that my mind works so that I start observing specific themes. Specific things feel important in any one moment, and I start wanting to figure them out, structure and unravel them and create something out of them. That’s why it felt natural that, even though I first had an idea for a book for adults, I also wanted to deal with the same theme with children.”

Routines and self-discipline are a large part of the creative process in order to create something in the end.

The themes of the works, those of being a man, come from Toivola’s own life. He used to feel he did not meet the conditions for masculinity. His body felt the wrong shape or the wrong colour, it was too feminine, or he felt he was wearing something that is thought to belong exclusively to women.

Toivola is also interested in love between men – both romantic and platonic.

“How close can a man be to another man as a friend? Can we sit on each other’s laps, or comfort and touch each other? It seems these themes haven’t really been discussed in Finnish society.”

In our society, masculinity is still shown in a narrow way, as something hard and removed from emotions. Toivola sees a connection to the #metoo discussions here. To achieve a broader change, we also need to find new ways of being a man.

“There should be more shades and sensitivity in being a man. It’s the gateway out of the image of men that restricts or oppresses people. I believe that it will provide more space for everyone, in the end.”

A one-man stage show is being planned based on the book Rakkaudesta, which was published in the spring. Realising such a performance has been Toivola’s dream for years. He is now collecting material, writing and editing the script for his show and rehearsing it.

“When I studied in New York to become an actor, I saw a strong culture of monologue performances. The idea of a one-man show has been bubbling under since then. Even though I’m not a stand-up comedian, I’m definitely a storyteller. I’m pondering how I could create a campfire-like mood and carry the entire audience on my own.”

Toivola admits he admires pop singers, musicians and songwriters for whom the arc of creative work is very broad. Studying a specific theme travels with them from writing the songs and lyrics to choosing the visuals of the album, the videos and the concert tour. The same story continues in all different forms of realisation.

Toivola pondered how a writer could create many lives for their book in the same way, offer a continuation for the story and extend the book’s timespan. The acoustic night for love, to be performed at G Livelab in January, is an experiment towards this goal.

“I’ve received a lot of emotional and powerful feedback about my book Rakkaudesta. It feels like some kind of a community is forming around my works. That’s why it’s nice to have it continue in some way. Since I’ve been involved in various forms of art, I want to show that there are other media and visions in addition to books. Maybe, through them, I can also reach different kinds of people.” 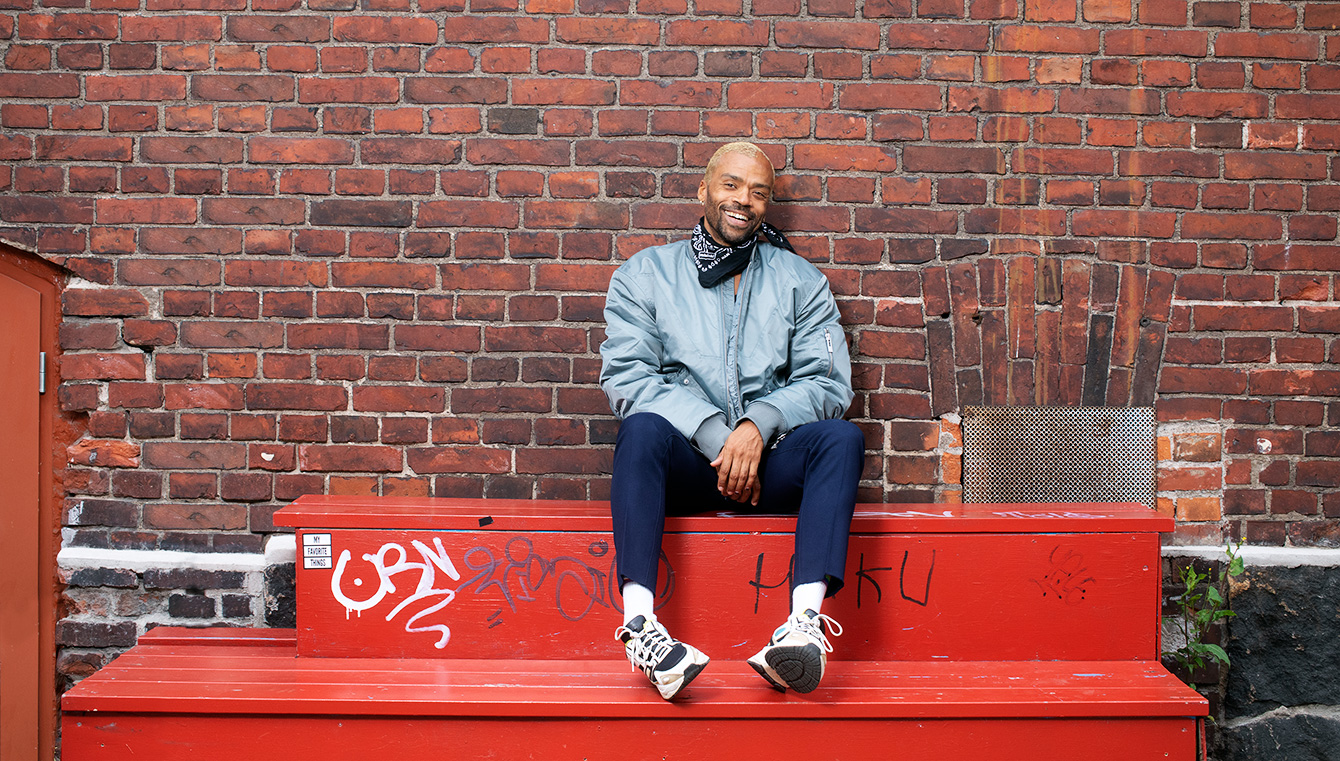 “My greatest motivation can be summarised as a need to seek and create connections – whether it’s acting on the stage or writing, speaking, hosting an event or dancing. It’s always seeking that connection with both yourself and the people around you.”

Toivola says that, as an adult, he was able to travel to the village in Kenya where his father was born. There, he noticed that Kenyans are a preacher people: everyone seemed to have a gift for speaking. Often, even speech during daily routines was elevated, and people used words boldly and elaborately.

“There, I thought that speech and words were a way to form a connection in an environment and situations with a lot of hopelessness present. Words seemed like a way of building connections and hope. In Finnish culture, I had always been a bit ashamed of my desire to use words amply and boldly, but visiting Kenya relieved that shame.”

I’m pondering how I could create a campfire-like mood and carry the entire audience on my own.

Toivola often uses his own life as material for his art. In his works, he openly talks about experiences from his childhood and youth.

“People ask me quite often how I dare to open up my life so much. But for me, that’s part of seeking that connection. It’s also a way of becoming closer to yourself when you say your thoughts out loud.”

Stories and self-discipline out of parenthood

Toivola also derives material from his own life through parenthood. An active Instagram user, he shows the everyday life of a single father to his 66,000 followers, also showcasing the activities of his child, ‘Pantteri,’ who is now in second grade.

“On Instagram, I aim to tell stories rather than document life. It’s become a formula of expression that was born out of parenthood and dialogue with my daughter. Since we represent a family composition that’s in the minority, I need to verbalise and make our life visible by myself. It’s still so rare to find stories I can identify with.”

Toivola says fatherhood has also reawakened many of his own childhood memories.

“Parenthood has changed my identity significantly; being a father has brought up characteristics about myself that I’ve been able to hide or control better in the past. The most challenging aspect of parenthood is how much it pokes at my own personality.”

Parenthood also brought on a certain framework for creativity. At the level of day-to-day life, Toivola says this can be seen in his time management. For someone with a family, there is limited time available for creative activity. However, it sometimes works as an excellent spur.

“I’ve written all my books while being a parent. The time pressure helped me sit down and focus; to think that this is the time for writing and there’s no way out of it. It’s put my activities in shape in a good way. Routines and self-discipline are a large part of the creative process in order to create something in the end.”

Director and producer empowered by each other