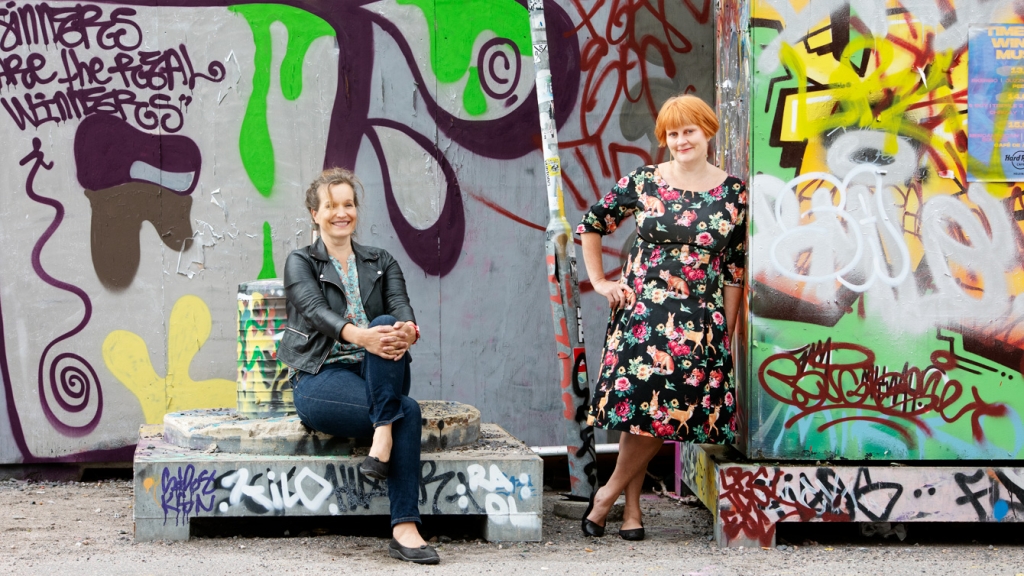 Director-screenwriter Johanna Vuoksenmaa and producer Riina Hyytiä have been working together for some twenty years. The secret to their long-term partnership lies in their shared ways of working and common goals. They take a people-oriented and joyful approach to their work.

‘The importance of valuing people’s being, doing and talent is essential to both of us,’ says Hyytiä.

‘Another cornerstone for our collaboration is a similar vision of the kind of work we are trying to do in terms of ethics and tone. The “big mission” is similar. We prefer to create works that make you feel better waking up the next day,’ Vuoksenmaa continues.

The partners draw on intimate relationships

Johanna Vuoksenmaa and Riina Hyytiä studied at the University of Art and Design Helsinki’s Department of Film at the same time, but did not end up working on the same projects. They only got to know each other better when Hyytiä interviewed Vuoksenmaa about making children’s films for her doctoral thesis.

Their first joint project took place in the early 2000s when Hyytiä, who worked for Filmiteollisuus, asked Vuoksenmaa if she would be interested in directing a sketch series. The result was Paristo, a series on intimate relationships, which ran for two seasons. This theme has recurred in the duo’s productions throughout the years, right up to the present day.

‘We still keep working on the same themes that our cooperation started with. We look at relationships, intimate or otherwise, from a perspective in which something is always a little off, and we don’t take things too seriously,’ says Hyytiä.

Since 2008, Hyytiä and Vuoksenmaa have been working together at Dionysos Films, a production company they co-founded. The list of their collaborations is long, including the films One Foot Under, 21 Ways to Ruin a Marriage, Adult Camp and 70 Is Just a Number, and the TV series Hideaway, Click Me and Living with My Ex.

The director gets the team to tell the same story, the producer makes the work possible

The work of a director is usually seen as leading and advising on the set, as well as working based on some kind of vision. What is missing from this picture, according to Vuoksenmaa, are the two other equally important phases of the work: pre- and post-production.

‘Before shooting starts, the director’s job is to get every team in the production to tell the same story. Various discussions are held with each department, such as set design and costume design, about references and the desired overall outcomes. Another key stage is casting, in which the aim is to find the right actors for each role, who are also compatible with each other,’ Vuoksenmaa explains the process.

The filming itself proceeds according to a strictly planned schedule, the call sheet. The director is responsible for the smooth cooperation of the large team. For Vuoksenmaa, a positive atmosphere among the whole team is everything.

‘It’s important to find the right fuel to get all the engines going in that particular group. When all the parts of the machine run at the same pace, the work becomes smoother,’ she says.

Vuoksenmaa considers communication to be the key to leadership. For each member of the team, you need to identify the language and way of speaking that suits them best.

‘Generally speaking, leading with praise is fruitful, because by cultivating praise, you get people to also start praising each other, and that creates a habit,’ Vuoksenmaa says.

I need to feel that I have something to contribute to this project.
That’s what I see as the core of my work as a producer.

The work of a producer starts long before the film or TV series starts being filmed and may continue for years after the release of the work. Hyytiä and Vuoksenmaa may discuss interesting topics and themes for a couple of years before the concept for their treatment takes shape. For Hyytiä, this conception phase is actually often the most interesting part of the production process.

‘What is often overlooked is that the work of a producer starts with the development of an idea. The producer considers what they are committing to and what they want to spend the next five years on. I need to feel that I have something to contribute to this project. That’s what I see as the core of my work as a producer,’ Hyytiä says.

After the commitment, the producer continues to develop the idea with the director and sets out to make the project a reality. The work involves a lot of interaction and discussions with different parties on how the work could be realised. At some point, the concept reaches the point where you need to find funding. Sufficient funding allows all members of the working group to participate in the project.

The producer also represents the viewer. Hyytiä reads through the script versions and comments on them. Vuoksenmaa points out that a familiar partner is a valuable asset at this stage. You are not so afraid to be direct with your feedback, and the recipient also has more trust in it.

Hyytiä strives for continuous learning to make it possible to work with joy and pleasure, together: ‘The producer leads the project, but the production team includes all the members of the team. In my own work, I try to break down any opposition and sense of hierarchy between people.’

Latest film made under exceptional circumstances

Vuoksenmaa and Hyytiä’s latest project, 70 Is Just a Number, will premiere in autumn 2021. In the film, Hannele Lauri plays Seija, an artist loved by the people, who is used to protecting her privacy. At the same time, she has distanced herself from almost everyone, but is now forced to reconsider her position after meeting Lauri (Mikko Nousiainen) at a songwriting camp.

‘I love older people,’ Vuoksenmaa says regarding the background to the work. ‘I’ve wanted to make a film about them for a long time.’ Vuoksenmaa herself worked in a retirement home in the 1980s, and she describes the film as being rooted in observations made all the way back then.

The film had to be shot in exceptional conditions because of COVID-19. The first filming period ended the day before the first restrictions in March 2020. The second part was filmed in May–June of the same year, wearing masks and following safety recommendations.

‘However, the project was completed largely according to the original script,’ says Vuoksenmaa.

More important than success is being able to
enjoy your work on the actual working days.

The pandemic has changed the way of working in the film industry, which was prone to uncertainties to begin with. For the producer, the situation has meant a change of perspective. It has not been possible to make precise long-term plans, as at any given time a member of the team could fall ill or be quarantined for two weeks.

‘Management work has become a daily routine and fires need to be put out more frequently. Plan Bs have had to be abandoned because the degree of randomness is so high that it is easier to follow the original plan and react whenever changes occur,’ says Hyytiä.

The joy of work is more important than success

Having worked with many art forms, including photography and music lyrics, Vuoksenmaa describes her relationship with copyright as a grateful one. For Hyytiä, the relationship is above all practical. If the production company has sufficient copyright of the work it has produced, it can sell it onward, to a foreign streaming service, for example.

At the time of the interview, Hyytiä is facing negotiations for a foreign remake of the series Click Me, 10 years after the first season aired in Finland.

‘As a producer, you want to make sure that the work gets the life it deserves and as long a life as possible. Selling works to larger audiences means more revenue for copyright holders.’

Vuoksenmaa and Hyytiä’s projects have indeed reached large audiences, and the works have also garnered awards. However, Hyytiä considers continued cooperation to be a more important indicator of success.

‘I think of success as having done a second collaboration after the first one. Enjoying what you do is an extremely important part of work,’ she says.

Vuoksenmaa agrees: ‘More important than success is being able to enjoy your work on the actual working days. Of course we have our disagreements, and sometimes we bicker about them, but the basic tone in our work needs to be about joy. Motivation at work comes from individual working days, not the occasional night of celebration.’

The benefits of a long-term working partnership are clear to both.

‘Learning becomes more fruitful, among other things. Together we can reflect on what has worked and build on it in the next project. It is also easier to cope with adversity when you have someone to support you,’ says Hyytiä. 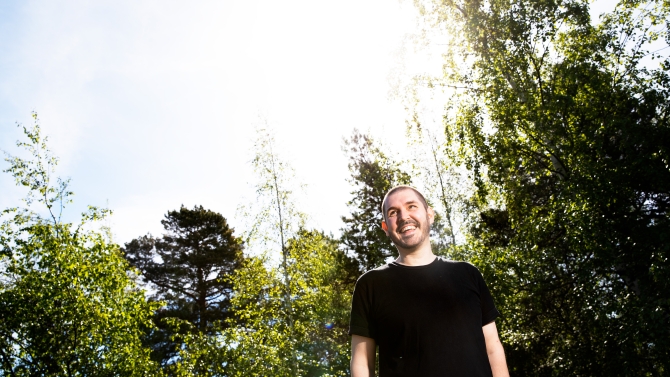