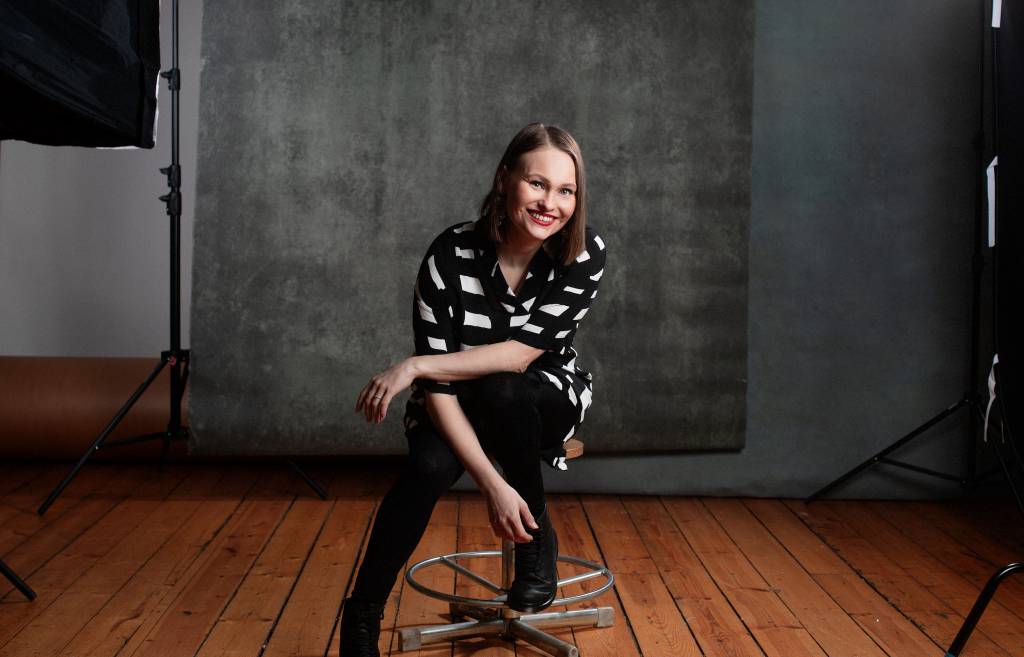 Suvi West is a Sámi film director and screenwriter. She is well-known from works such as the documentary Sparrooabbán (Minä ja pikkusiskoni, Me and My Little Sister, 2016), which she directed, and for her performance in the TV series Njuoska bittut (Märät säpikkäät, Wet Reindeer Fur Leggings, 2012–2013), in which she also worked as a screenwriter.

The documentary Eatnameamet – Hiljainen taistelumme (Our Silent Struggle, Vaski Filmi), which was directed by West, recently premiered at the DocPoint film festival. The film, which received support from AVEK, examines Finland’s Sámi politics.

The work was conceived because of a need to give a voice to the Sámi. Roughly 5–6 years ago, West noted a change in general attitudes. She noticed that even highly educated Finns knew next to nothing about the Sámi and many had a depreciative attitude towards them.

“There was a continuous flow of incorrect information not only through social media but also other media. At the same time, the situation of the Sámi became more difficult because of various laws and agreements,” West says.

“With this film, I want to bring to light the colonialism practised by the Finnish government against the Sámi and the human rights violations of which Finns are completely unaware. I hope that we can turn Finns into allies who will support the right of the Sámi people to exist now and in the future.”

As a filmmaker, West feels a sense of responsibility for seeing to it that certain stories are told. However, telling some stories may be a heavy process, and she says that she was nervous about making the film Eatnameamet, for example. On the other hand, the sense of duty also provides strength for her work.

“I simply had no other choice but to start recording the events. I believe that if I hadn’t made the film, I would have felt unbearably anxious and desperate,” West says, describing how the documentary came to be.

The work was filmed by West’s spouse, Anssi Kömi, who works as a cinematographer, director and editor. It took years to make the film, and the whole family came along on the journey – literally.

“We always moved up north with the whole family whenever necessary while chasing the film. Our young children came with us whenever we travelled to film. Making child care arrangements was always a show of its own. We often had a pram packed in the trunk with the camera equipment,” West describes.

The film industry has a lot to learn about cultural sensitivity

West has worked on both fiction and documentaries, and the latter has recently felt more natural to her. She feels that documentaries also carry more weight in bringing out the truth.

“If I had told the story of Eatnameamet in the form of fiction, it would make it easier to label the colonialism in the film as a product of imagination. Now that we’re showing actual political situations and events, you can no longer claim that what is happening to the Sámi in Finland right now isn’t true,” West says.

However, she also longs to work on comedy and lighter topics. West wrote the script for the popular entertainment and comedy show Njuoska bittut / Märät säpikkäät together with Anne-Kirsti Aikio, Veera Ikonen and Paula Noronen. West and Aikio also starred in the show. The show broke stereotypes related to the Sámi, laughed at both Finns and the Sámi and parodied music videos, for example. The show went on for two seasons from 2012 to 2013.

“My life has been fun when making comedy, and those have been moments of freedom from deep thoughts. This is true even though making comedy is also stressful, demanding and hard work, with equal pressures to succeed,” West describes. 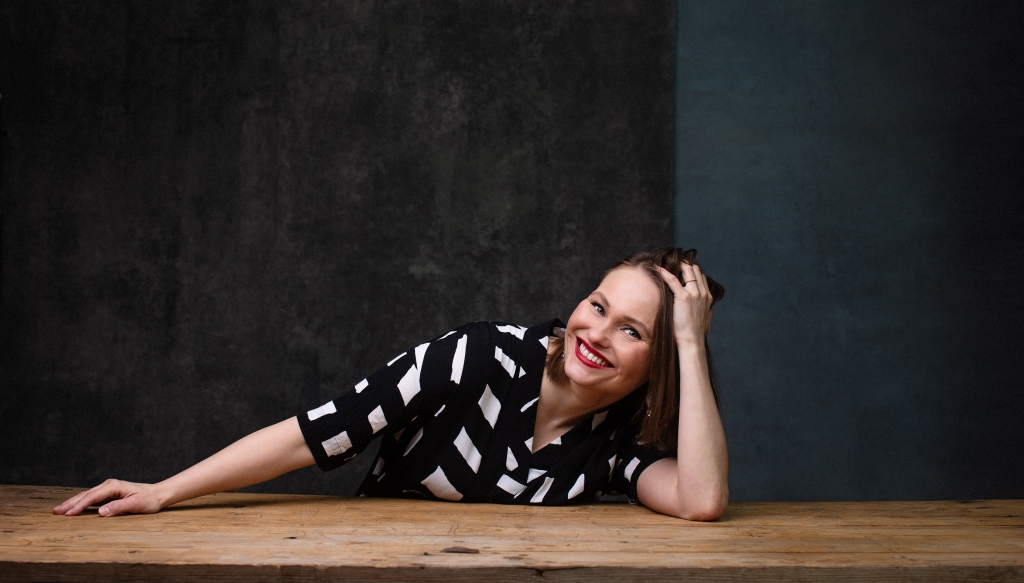 In documentaries, however, the sense of duty to tell a community’s story has, at times, been stressful, and there are many ethical questions involved in making them. In the case of the film Eatnameamet, for example, she considered how she could ensure the well-being of Sámi viewers and avoid repeating colonialist models in her own work.

“Every work about the Sámi affects stereotypes and prejudices. Even a positive, well-meaning work can turn into a negative prejudice,” West emphasises and says that she often thinks about her own responsibility as a filmmaker in relation to her works.

Depending on the topic, social responsibility issues may be at the centre of filmmaking. Creators belonging to the majority population in particular should be sensitive towards minorities, seek to question their own privilege as storytellers and contemplate their own motives. For example, you can ask yourself whether you are creating the work for yourself or for the benefit of others and whether you are the right person to tell a particular story.

West criticises how little various film industry operators, such as financers, distributors, film festivals and production companies, in Finland and the other Nordic countries take cultural sensitivity into account in their activities. According to her, the industry requires an official Sámi film body to prepare instructions for filming Sámi culture. In fact, the International Sámi Film Institute in Norway will soon be publishing such instructions.

The Finnish filmmaking scene has also not been an easy place to adjust to. West feels that the film industry often primarily sees her and her works through the lens of ethnicity, instead of focusing on examining professional and expertise-related questions, for example.

“I receive a lot of enquiries from colleagues and production companies, asking me to consult on Sámi culture, usually for free. It would also be nice to be able to discuss films and authorship more in the media, instead of answering general questions about the Sámi language, for example,” West states.

Different types of works and creators are needed

The coronavirus pandemic has complicated the situation of the entire film industry. Creating new things is difficult. West is unable to travel to Sápmi to shoot the new film she is working on because travelling to the north feels irresponsible due to the difficult coronavirus situation in Southern Finland.

Eatnameamet – Hiljainen taistelumme found success at the DocPoint festival and sold out its online film showing, but the situation is still uncertain with regard to broader distribution. The theatrical premiere will be held on 12 March if the restrictions imposed on cinemas will be eased.

“If we can’t get the film to theatres soon, it’s possible that there will be no theatrical distribution at all, which would be an extreme loss considering the five years of work it took, and it would have a major impact on the film’s distribution, visibility and impact,” West laments.

An impact campaign is being built around the film, produced by journalist and cultural influencer Emmi Nuorgam. According to West, not all art has to aim for social change, but works springing from such starting points should be valued. She calls for space for different types of works and creators, such as artists with different educational backgrounds.

“We need works that can only be understood by experts in art, but we also need works that are understandable to the great masses. I don’t understand the belittling going on both sides, but I guess it’s somehow part of an artist’s life – how making a living from art is very difficult and the competition is all too tough,” West muses.

She feels that the support from AVEK has both financial and symbolic value. Without support, making films would be difficult, as creators are already working with small budgets.

“Additionally, creators appreciate where AVEK is coming from in supporting professional work, so if you receive support from AVEK, it’s also a sign that the project is high quality from a professional perspective.”