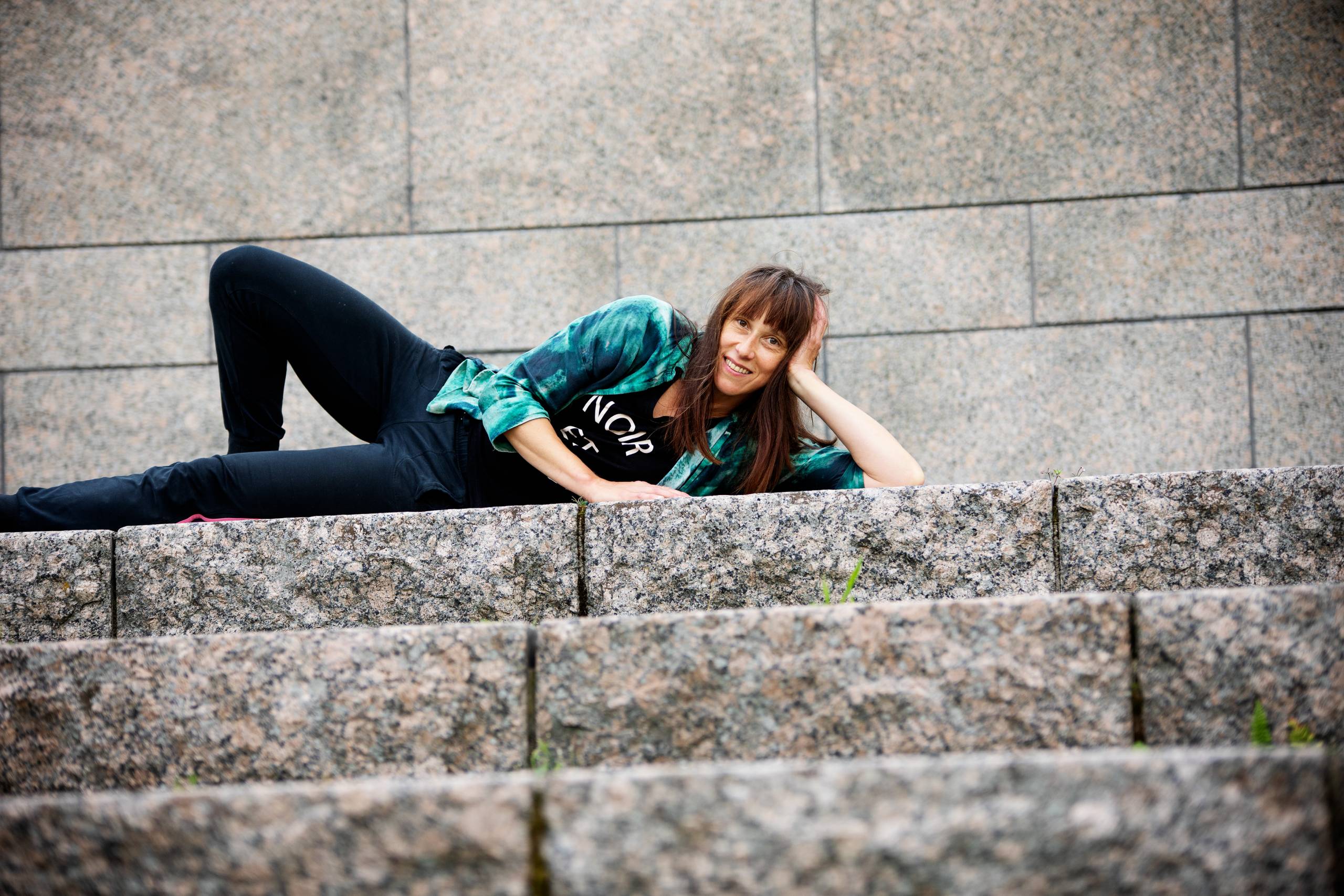 To animator and director Kaisa Penttilä, the story of how a film was made is an important part of a film in addition to the work itself. In animation, this can often mean mainly sitting at a computer. The form of animation dear to her is stop motion, which is slow, physical and challenging work.

‘If things are done really awkwardly, you get to tell hilarious anecdotes about burning thighs and pudding all over the floor,’ Penttilä jokes.

Penttilä enjoys working with different materials – such as cardboard, newspaper and wallpaper paste. When building sets and dolls, she often uses recycled materials such as pizza boxes and worn out socks. Physicality is also a part of making a stop motion animation.

‘For example, sometimes you may need to spend three hours without breaks in an uncomfortable position creating one shot. It’s actually very meditative when you have to focus entirely on what you’re trying to do and force yourself to ignore all distractions like aches, hunger, tiredness and the need to go to the bathroom. And the phone, of course,’ Penttilä contemplates.

The summer has been spent with the short film The Landing, for which AVEK has granted development and production support. Penttilä describes the animation, made with the stop motion technique, as an educational animal story in which Noah’s Ark is shipwrecked on Korkeasaari Zoo. The goal is to perform the special effects of the film mainly in the filming phase instead of post-production on a computer.

‘The idea is to do everything as slowly and difficultly as possible. Why choose the easy way when you can choose the hard way?’ Penttilä states. ‘It was gratifying that the sound designer was also very pleased with this glorification of difficulty. It will surely also be heard on the soundtrack of The Landing.’

Penttilä has been working with animation for more than 20 years, and she tells that the animation industry has grown enormously during this time. According to her, there are many computer animation professionals in Finland. Penttilä is more interested in the development of independent films and art animation.

‘I don’t really know what kind of content people might consume in, say, 15 years. It may also be that soon no one is interested in some silly animations as the polar ice caps melt and cloud services are swept away by the rising sea level,’ Penttilä says.

She does commissions through the cooperative Osuuskunta Animaatiokopla. The generation of her income and the share of commissions in her income vary. In Penttilä’s opinion, AVEK’s support has clear significance for professional filmmaking.

‘Sure, equipment has become cheaper and films can easily be made as a hobby, but if you are a filmmaker by profession, you have to be able to earn a living from it. Without grants from AVEK and other parties, I would only do commercial work. If I were in the industry at all,’ she says.

When reminiscing at AVEK’s 30th anniversary party three years ago, Penttilä said that she was often nervous about meeting funders.

‘These days I’m not so nervous anymore. In that sense, I recommend ageing to everyone! Although, some people are able to take it easy even at a young age,’ Penttilä ponders. ‘Nowadays you actually get to meet funders quite rarely. They are a busier lot than before. Fortunately, we managed to arrange a meeting with AVEK’s Film Commissioner Mikko Peltonen regarding The Landing, which was nice.’

Penttilä has made animations for both adults and children, but she rarely thinks about the target group when working. In 2011, her and Leena Jääskeläinen’s children’s animation series Boris the Råt Mends His Ways was released.

‘There, too, we got pretty free rein and mainly tried to make each other laugh. We didn’t much stress about the child viewers. That was a pretty good method. The children liked it.’

In 2019, Penttilä participated in the AVEK-supported Anidox, which is a professional training course on animated documentary films in Denmark.

‘Animator Reetta Neittaanmäki and I would be interested in combining documentary content with virtual reality, gamification and joyful messing around,’ she says.

Penttilä thinks that sometimes combining a documentary with animation can seem contrived. If the idea of using animation in a documentary has arisen late in the planning and its appropriateness has not been thought through, the idea may not work.

‘As a rule of thumb, I would say that if the idea of the film hasn’t included animation from the beginning, the film doesn’t necessarily need it.’