In early June, lovers of Finnish film had something to celebrate with the headlines indicating that Juho Kuosmanen’s Compartment Number 6 had been selected for the Cannes competition series. The film, based on Rosa Liksom’s 2011 novel of the same name, which won the Finlandia Award, was filmed in northern Russia in early 2020.

For Kari Kankaanpää, who was responsible for the set design, the production of the film was a memorable experience.

“Compartment Number 6 was an amazing project,” he says. Kankaanpää had already worked with Kuosmanen, cinematographer J-P Passi and sound designer Pietu Korhonen on The Happiest Day in the Life of Olli Mäki, which received the Un Certain Regard Prize at Cannes in 2016.

For the majority of the crew, including Kankaanpää, the new film was the first production shot in Russia. Working with the locals, which was something that there were some concerns about going in, ended up working well.

“Russian working culture was somewhat unfamiliar to us, but everything worked out very quickly and the local team was highly skilled and professional. We circumvented the language barrier by having someone who speaks English in every area of the set department.”

Compartment Number 6 is expected to arrive in Finnish theatres in the autumn.

Production designers play a pivotal role in creating the reality depicted in a film or TV show. The time periods, locations and topics covered in scripts may vary greatly between productions.

“Set designers must be generally knowledgeable and interested in a wide range of phenomena. Every project requires background work and all manner of preparation,” Kankaanpää says.

If the subject is unfamiliar, more background work is obviously needed. That said, sometimes the content of a script can even appear slightly too familiar.

“Yet, excessive knowledge about a certain period of time or topic may also be a burden, since you may not be able to find fresh perspectives into things you are already familiar with. I am never worried if I am offered a film project on a subject that is unfamiliar to me.”

At the beginning of each project, Kankaanpää reads the script and discusses the world of the film, and what it is that the film is intended to depict and convey to the viewer, with the director, cinematographer and costume designer.

“For a production designer, it is important to allow yourself to be impressed and affected by things in your work and life in general. Reading a script, you often project your own experiences onto the story. Even though the end result is a vision crafted with the director, it still strongly represents the production designer’s own memories and impressions.”

In addition to background information and preparation, the actual landscapes on location contribute to the ultimate end result. This was very much the case with Compartment Number 6, for example.

“The visual content of the film was heavily impacted by the condition of Russian architecture. We expected to find plenty of visibly aged surfaces and environments in Russia, but it turned out that the local government had renovated public spaces quite extensively in recent years.”

After the initial discussions, production designers do not need to work on their views and visions alone. There is continuous collaboration with other members of the crew throughout the various production phases.

“Making a film is a group effort. It takes skill to delegate, convey your thoughts to others and accept ideas from others,” Kankaanpää describes.

“In the pre-production phase, the production designer works with the director, cinematographer, costume designer, make-up artist, organiser, producer and production manager. This is the phase where the world of the film and the common thread that runs through the piece are established. If the production requires digital sets, a CGI supervisor is also involved.”

Once the planning is done, the group splits off into teams, each led by a specialist who bears the main responsibility. The structure of an extensive set department depends on the nature of the project, but the group may include an assistant set designer, pro buyer, on-set prop master, graphic designer for set design, construction manager, surface treatment specialist, assistants and set builders.

I want to do my part in changing the way we relate to each other and our environment.

The production designer ensures that the cooperation within the group runs smoothly.

“In the working group, the production designer goes through the agreed world and content with all members, who then individually specify various details with the production designer. That said, every agreed thing is fluid all the way up to the actual shoot. The most important thing is for the set designer to be able to share the vision with the group, so that each member can get to work on their own areas of the production as soon as possible,” Kankaanpää explains.

Since 2013, Kankaanpää has been part of the Sankariliiga collective, which includes numerous set and costume designers for film, TV and stage productions. In the communal working model, a clear hierarchy and good communication between members are key.

In recent years, Kankaanpää has contributed to many successful Finnish films. As recognition for his excellent work, he received the Jussi Award for best set design in the film Hella W (2012). He has also been nominated for two films, Thick Lashes of Lauri Mäntyvaara (2018) and Aurora (2020).

During the coronavirus emergency, the film industry has had to adapt to remote work and video conferences in an entirely new way. However, Kankaanpää has had plenty of work. In the spring, he filmed Anna Paavilainen’s feature Kikka!, which will premiere in early 2022, and he is currently working on Juho Kuosmanen’s short film Distant Planet.

In terms of the future, Kankaanpää says he dreams of being able to continue to make films with a good story, so that he can watch them with his daughter in years to come without concerns. In addition to this, he aims to be involved in developing the structures and methods of film production, some of which Kankaanpää describes as obsolete.

“I want to do my part in changing the way we relate to each other and our environment. Film and television are massive influencers in our culture. As creators, we bear a great responsibility in terms of the kinds of stories we tell.” 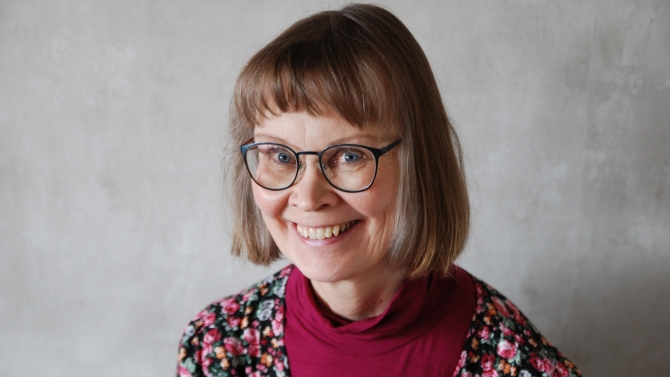