“Our campaign aims to ensure that creative industries finally get the appreciation they deserve as one of the most sustainable sources of well-being in Finland – now and in the future. What this means in practice is that the industries should be afforded equal consideration with other commercial activities. We are looking for equality in terms of various investment instruments and support structures related to future crises and extraordinary circumstances. The coronavirus ordeal must never happen again,” says Anne Salomaa, chairperson of the Tekijänoikeusakatemia ry association, which organised the campaign.

The creative industries are clearly more significant for both employment and GDP than many of the traditional ones,” says Lauri Kaira of the Lyhty project. “They provide far more jobs than the chemical industry, forest industry or electrical and electronics industry, for example. The GDP share of the creative industries is larger than that of industries such as the paper industry, restaurant and accommodation sector, agriculture or textile industry.”

Minister calls for discussion about the future

“This campaign does a good job of highlighting the importance of creative industries for Finnish well-being. Arrangements such as the cost support and event guarantee are intended to alleviate the creative sector’s plight during the coronavirus crisis,” says Minister of Economic Affairs Mika Lintilä.

“It would be important for us to learn the right lessons and look forwards. To ensure that creative industries are looked after better during both crises and normal times, it would be a good idea to increase the dialogue between the central government and the sector.”

“I invite representatives of the creative professions to discuss ways to promote commercial activities and export in creative industries. We must consider the future of the sector from the perspectives of country branding, entrepreneurship development, funding and support, and crisis preparedness, for example,” the Minister adds.

“We would like to thank the Minister for this initiative and the willingness to elevate creative industries to an equal standing. It is important for the working group to get to work as soon as possible to take concrete measures to harness the potential of the creative industries throughout Finland as a whole,” says Anne Salomaa of Tekijänoikeusakatemia ry.

Creative workers from all areas of culture have signed the campaign appeal. The group of signees includes an impressive number of well-known figures. You can learn more about the petition and the people who signed it in the appendix below.

The campaign is arranged by the Tekijänoikeusakatemia ry association; its members include e.g. Teosto, Kopiosto, Gramex, Kuvasto and Sanasto. Kreab and Helsinki 14 are responsible for the practical planning and implementation. 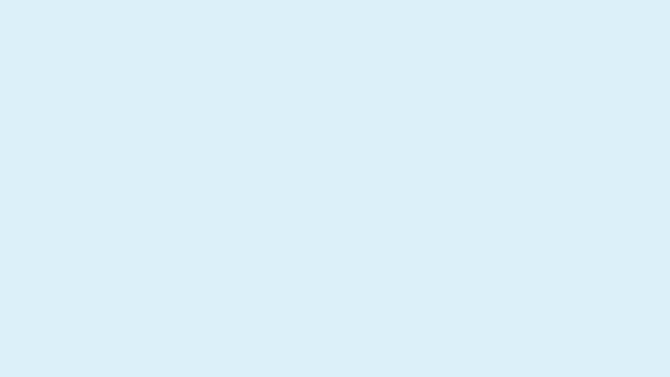 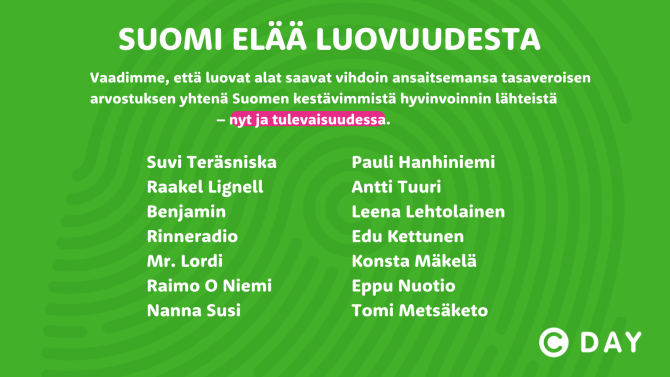 The campaign "Suomi elää luovuudesta" (In Finland, Creativity is life) already has 4,500 supporters