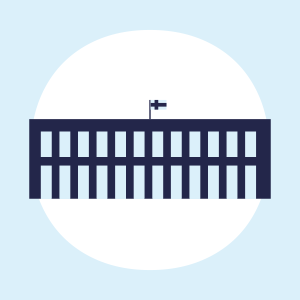 The copies can be used for internal administrative purposes within your organisation, such as Intranet, research and planning and training organised for the organisation’s personnel.

A maximum of 10 % of the total page number of an SFS standard, however no more than 20 pages of an SFS-standard, can be copied or scanned. However, main components of a standard, such as a key image, table or another similar element, cannot be copied alone. Standards in digital format can be copied and printed according to their individual licence terms.

A maximum of 10 pages of musical notations, song lyrics and sheet music can be copied or scanned per publication, but not more than half of the publication. Our copying licence enables copying sheet music and song lyrics for the purpose of internal use within an organisation. Copies can only be used in events with free admission arranged by your organisation, where the audience consists solely of the organisation’s personnel. Copies of sheet music cannot be used in other public performances or in preparing for such performances.

In addition to the aforementioned, our digital copying licence does not apply to

Our licence does not apply to the copying of works for the purposes of publishing activities, distributing copies outside an organisation or sharing and communicating copies in social media or the Internet.

Additional information about copyright and the content of licences

copying license
Finnish National Agency for Education
state administration
How we use cookies?