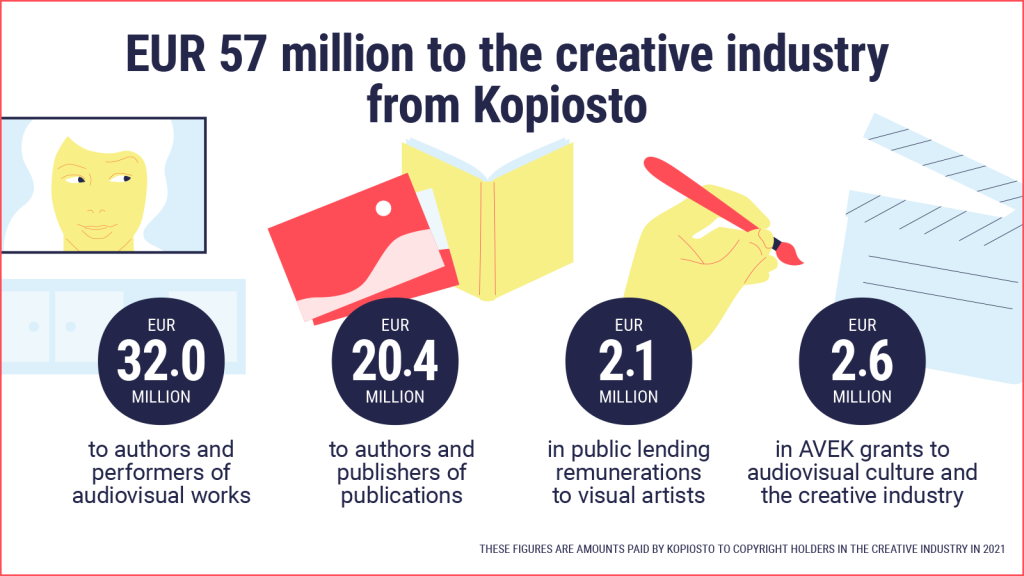 “The COVID-19 pandemic did not affect the remunerations collected by us. By working hard, we managed to keep the remunerations paid to creative industries at a normal level,” says Kopiosto’s CEO Valtteri Niiranen.

The remunerations are collected according to the copying and use licences for publications and works sold to educational institutions, public administration and companies. In addition, Kopiosto distributes a compensation for private copying to authors of audiovisual works from the appropriations based on the state budget and public lending remunerations to visual artists.

The Promotion Centre for Audiovisual Culture AVEK, a part of Kopiosto, distributed a total of EUR 2.6 million to the Finnish AV culture and creative industries in 2021. AVEK’s funds are primarily based on compensations for private copying. AVEK also supports the creative industries with the DigiDemo and CreaDemo appropriations and the Mediarata special appropriation granted by the Ministry of Education and Culture.

EUR 32 million paid to the copyright holders of audiovisual works

In 2021, Kopiosto paid a total of EUR 32.0 million to the copyright holders of television and radio programmes. Remunerations were paid to about 10,000 authors and performers.

A total of EUR 0.3 million were paid to Kopiosto’s member and sister organisations as remunerations for online recording services. Member organisations distribute the remunerations to serve the interests of the authors in their respective fields. The education fund KOURA was provided with EUR 0.9 million to be distributed as grants and awards to audiovisual authors.

A total of EUR 2.4 million were paid to foreign broadcasting companies, producers and authors for the retransmission of foreign TV channels.

In addition, Kopiosto paid remunerations for online recordings to the authors and performers of foreign audiovisual works for the first time. A total of EUR 5.7 million were paid for programmes aired between 2015 and 2019. Of this amount, the share of Finnish authors and performers, mainly translators, was EUR 0.7 million.

EUR 20 million paid to the authors and publishers of publications

Kopiosto paid EUR 20.4 million to authors and publishers for the copying and use of books, newspapers, magazines and sheet music in 2021. 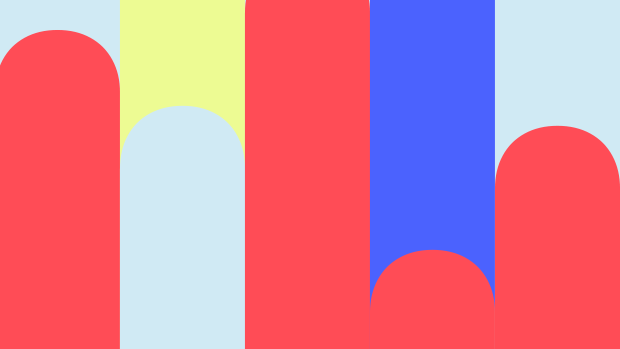