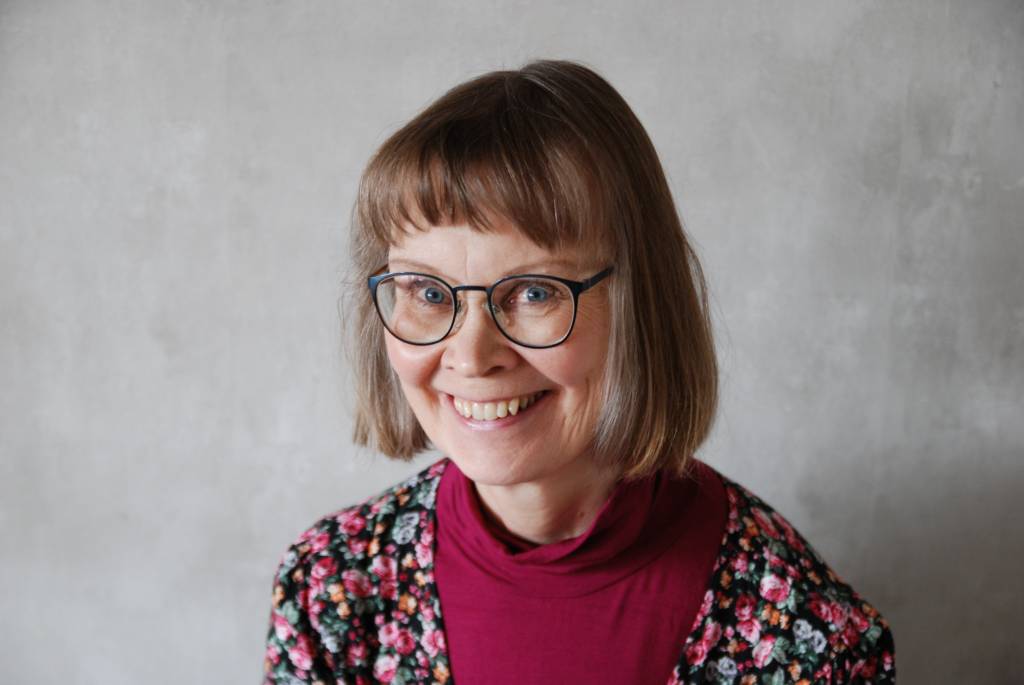 During the past decade, translator Arja Pikkupeura has studied Lyudmila Ulitskaya’s works closely. Of the works by the Russian author translated into Finnish, Pikkupeura is responsible for eight – all but one. The latest translation, the collection of stories Sielun ruumis (Soul of the Body), was released early this year.

An experienced translator knows that more than just knowing the vocabulary is needed to create a translation of high quality. Instead of the words, it is important to follow the thoughts, because the important things are often hidden between the lines.

She sees herself as the third wheel between the reader and the writer. The translation should not be noticed, so that the readers can find a connection with the writer themselves. This means that knowing the heart of the writer’s style and understanding what they want to say, even between the lines, is essential.

“For example, ‘flooding’ is typical of Ulitskaya. She can show you the whole fate of a human being from birth to death in a single sentence. I don’t want to chop those long sentences into smaller bits.”

“Translating literature is challenging in a good way; you can really dive deep into the wonders of both language and thought. That’s why I don’t want to rush things, I want to take my time and polish the text. Reaching for the writer’s intentions and transmitting them as well as you can feels great, even if there is no such thing as perfection,” Pikkupeura says.

The translator gets the last word

The translator’s own style can change over the years.

“At the start of my career, I’m sure I was more faithful to the words and more cautious about things like changing the structures. The courage has come with time.”

Sometimes those who translate the works of a certain writer into different languages are in contact with each other and brainstorm solutions for things that make them wonder. Pikkupeura does not do that, but when translating Ulitskaya into Finnish, she has contacted the author herself after completing the first draft of the translation.

“The number of questions depends on the work, but there could be something like 10 or 20 of them. Ulitskaya responds very quickly, but, especially with the older works, she may also say that she can’t remember what she was thinking well enough.”

How much the publisher edits the translation varies depending on the translation and the parties involved. Sometimes no changes are even suggested, and at other times an editor that knows the language goes through the text with a fine-tooth comb. In any case, the translator has the final responsibility and the last word.

More than three decades of translations

There is no one single route to becoming a literary translator. Pikkupeura is not trained as a translator; instead, she originally studied literature as well as Russian language and literature in the University of Jyväskylä. When working at the university in the late 1980s, she met the researcher Arja Rosenholm.

“Rosenholm wanted to publish anthologies with works by Russian women writers. There were several of us involved in translating the texts, and that’s how I dipped my toe into the world of translation.”

There were three anthologies published, and after the last of them, Pikkupeura was asked to translate the works of Viktor Pelevin into Finnish for Tammi Publishers. A decade later, Pikkupeura changed over to Siltala to translate Ulitskaya. In addition to Russian literature, she has also translated Avril McDonald’s Feel Brave series of children’s books from English.

When translating literature into Finnish, you can really dive deep into the wonders of thought and language.

Pikkupeura says that literature as such is not really her thing. She translates texts when the job is offered to her, but she does not actively recommend new authors or books to publishers, for instance.

“I’m not a seller or a cultural ambassador acting as an agent of Russian writers.”

Russian classics are widely known in Finland, at least by name, but it is difficult to get a picture of the level and volume of modern literature based on just the translated works. In Pikkupeura’s estimation, roughly 60% of the fiction translated into Finnish consists of works by English-language writers, while only approximately two per cent are translations of Russian originals.

“There are about a dozen people translating Russian literature into Finnish. None of them can live on just that kind of work alone,” Pikkupeura thinks.

Geographical proximity does not influence how much and what kind of literature is translated from Russian into Finnish. The Finnish market is small, and the publishers keep an eye on which writers sell in the rest of Western Europe.

“At any given time, there’s room for only a few writers writing in languages that are translated rarely into Finnish in our market. People keep an eye on them to see if the public is interested. If the sales aren’t good enough, they get replaced with someone else. This is not about small languages, it’s about ones that aren’t translated into Finnish often.”

For example, Ulitskaya’s books only gained popularity in Finland on the third try, after initial attempts in the mid-1990s and early 2000s. At the turn of the 2010s, her name started to become known in Western Europe and North America, and so people thought there might be demand for her works in Finland, too. The first of Pikkupeura’s translations of Ulitskaya, Naisten valheet (Women’s Lies), appeared in 2011. “Of course, marketing efforts also affect the writer’s success,” Pikkupeura notes.

Copyright is important to the translator

Pikkupeura has to take care to ensure that the translator’s copyright is respected.

“I’ve chosen every word in the translation, I’ve built the text, even if the meaning of the work is created by someone else. It’s very wrong that almost none of the book reviews, information in online shops or audiobook recordings mention the name of the translator. It’s as if the translator doesn’t even exist.”

“Finnish translators are working to remove these injustices and try to address them as often as possible.”

In 2019, Pikkupeura received recognition for her work, when the Finnish Association of Translators and Interpreters (SKTL) gave her the Mikael Agricola Award for the translation of Ulitskaya’s work Meidän tsaarimme väkeä (Our Czar’s People). The award jury described the translations in the following words, among others:

“Reading Arja Pikkupeura’s language is like listening to music. The sentences and paragraphs follow each other with an enjoyable rhythm, and you can simply let yourself be carried away with them. Meidän tsaarimme väkeä is translation as an art at its best.”

Even though the award granted from the copyright remunerations collected by Kopiosto focuses on specific works, Pikkupeura sees it as a recognition for translating literature in general.

“Translation is not commensurable, and neither is literature in general. If there was a competition between ten translators who all translated a single work, then the results might be comparable.”

In any case, Pikkupeura considers recognitions like the award she received as important.

“The award encourages you to do high-quality work, and it’s financially significant, especially to the translators of rarely translated languages like me, who may not even find any works to translate every year.”

Journalism is not a solo act