Media artist and film director Timo Wright has worked with film for more than two decades already. His works have been featured in numerous exhibitions and festivals in Finland and internationally. Wright has made both experimental and more traditional films ranging from documentaries to fiction.

He is currently particularly interested in the opportunities that virtual reality lends to filmmaking. With support from AVEK, he is now working on two VR documentaries, which will be completed this year.

Mono No Aware is about villages cleared out by the Fukushima nuclear disaster. Using a VR headset or other devices, viewers can explore the villages and meet their former residents.

“I have been to Fukushima to shoot footage. Having been empty for ten years after the accident, the place is quite extraordinary and beyond words, really. It is not easy to access, but VR can be used to provide the opportunity to walk through these villages and meet the people,” Wright describes. “I could have shot the piece classically with a video or film camera, but somehow on location I felt that VR could add something extra.”

The other work supported by AVEK is the documentary film Everyday Vrealities, which is about different homes and families. The homes have been 3D scanned, so the life in them is depicted volumetrically or, in other words, in 3D form. Viewers can get a glimpse into the residents’ daily lives by moving from home to home.

Different homes and the day-to-day lives of different families have fascinated Wright for a long time, which has led him to explore the subject before through photography and traditional film. He believes that the daily lives of others will spark people’s curiosity and that virtual reality can provide an even more intimate perspective in this regard. The idea for the piece stemmed from Wright’s documentary work.

“I thought about the feeling I have had shooting traditional documentary films in the homes of strangers. Standing there in the corner with a camera and microphone and seeing how the person’s life unfolds. Offering this opportunity to the viewer interested me,” Wright says. 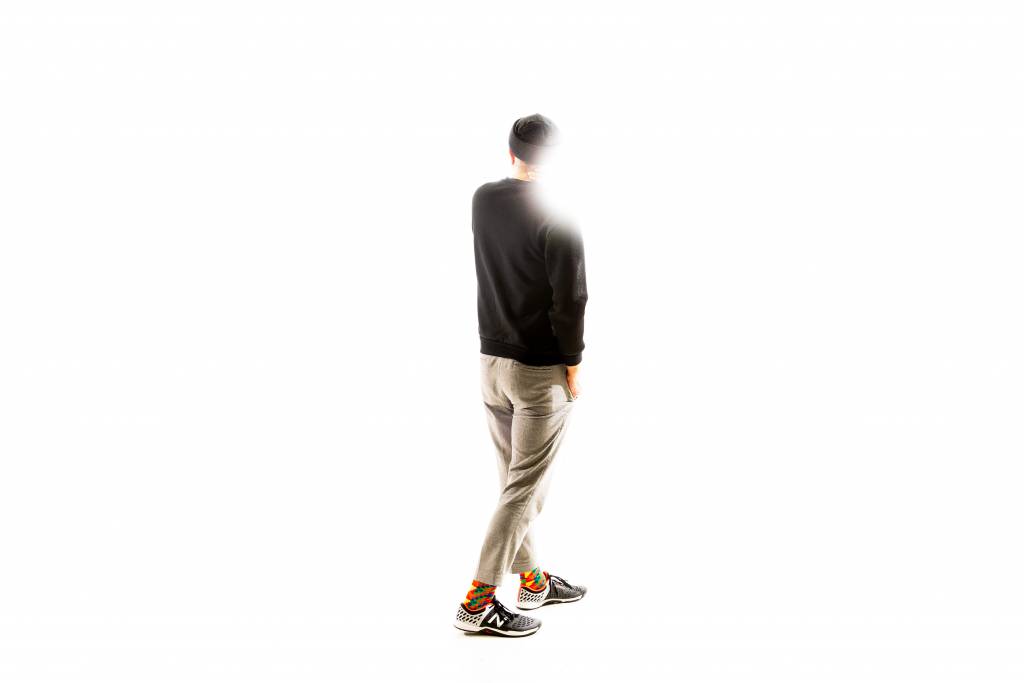 Having received support from AVEK multiple times, Wright describes the support as being essential for his artistic work. To him, it is valuable that AVEK supports many kinds of artistic efforts and a wide range of works and projects.

For Everyday Vrealities, AVEK provided Wright with DigiDemo support, which is intended for the development of digital cultural content. The support is funded with an appropriation from the Ministry of Education and Culture, which was halved this year. Wright finds the cut extremely unfortunate, as he feels that the support is very important for getting new projects started. Many other types of funding require proof of financial profitability in the early development phases. This makes free innovation more difficult.

“In a small country like this, resources are always limited. We are forced to compete with ideas from other countries, which is why it is extremely important to support various kinds of trials and experiments,” Wright says.

In the creative sector, DigiDemo is the only form of support that enables demo development without financial pressure. It can generate genuinely new and innovative content. Once a project proceeds from the demo phase, capital investors step in. That said, public support helps get potentially successful ideas started in the first place.

“Many times, the first step can be the most important one,” Wright says in summary.

VR is not a value in itself but offers new opportunities

Even though Wright has been making films with VR, the subject of each piece ultimately determines the production method. The artistic starting point can be the same regardless of whether or not the film is shot traditionally or volumetrically.

However, VR does change the practicalities of production. For example, traditional film focuses the view on what is being shot, thereby directing the viewer’s perspective. In a VR piece, the viewer has more agency and can decide what to view, for how long and how many times.

For the creator, this means learning new things continuously and changing one’s thinking: “It has sometimes been a pretty wild ride, actually. Occasionally, I have had to figure out completely new things, such as how to edit a VR documentary. It has been a bit more difficult than editing a traditional film.”

Wright hopes that virtual reality will enable viewers to delve even deeper into the world of film and empathise with the feelings of those being photographed. He emphasises that this does not eliminate the need for the piece itself to be interesting.

Wright talks about the VR documentary Step to the Line (directed by Ricardo Laganaro, 2017), which had a profound impact on him. The short film is about the lives of ex-convicts in California after their release from prison.

“It was a really powerful and different experience compared to anything I had seen before, since the characters are almost literally standing right next to you. At that point, I realised virtual reality could possibly be used to provide a more sympathetic perspective into the lives of others and see things in entirely new ways,” Wright says.

What will togetherness be like after digitalisation and the coronavirus?

In addition to virtual reality, Wright has recently been thinking about digital footprints and presence. Next, he would like to use his pieces to examine the kinds of human relationships that can be formed virtually through videogames, live streams or VR chats, for example.

“I think seeing the world virtually and physically is not a matter of either or – both perspectives are equal instead of being seen as opposites. For some, a digital relationship can be as real as a relationship in the physical world,” Wright says.

Over the course of this year, people besides those actually interested in and used to it have also had to reckon with digital interaction. Since physical contact has been restricted due to the coronavirus crisis, everyone has been forced to meet people virtually to some extent for Zoom get-togethers, for example. On the other hand, the pandemic may also have put a premium on physical presence.

“While various forms of digitalisation are inevitably becoming more commonplace, the coronavirus crisis has brought out our essential need to see each other in the physical world,” Wright says. “It is interesting to envision the forms that spending time together will take in the future, in the physical or digital world or various combinations of the two.”

There are stories that must be told out loud

DigiDemo
documentary
media art
short film
How we use cookies?