In addition to experimental films, Testifilmi produces installation versions of films and live performances, for example.

‘The aim is to make moving picture works that are as good as possible without commercial calculation,’ director and producer Mika Taanila summarises. ‘The film has enormous unrealised potential for different narrative techniques outside the mainstream.’

Combining different art forms and narrative techniques comes naturally to them both, but they also each have their own interests.

‘The documentary approach, in its different forms, has always felt like the most natural starting point for me,’ Taanila says.

Although Eerola has also made documentaries, fiction has always been his primary interest.

‘I’m still interested in making an ambitious long fictional film. However, without a story or content that is easy to describe in words, funding one is very challenging,’ he states. ‘In the future, the aim is to continue producing works that make use of film techniques in an interesting way and, preferably, also expand the notion of films.’

Taanila and Eerola have known each other for decades. They met over 30 years ago, when they both started studying at Lahti Institute of Design at the same time. Their first joint project was carried out in summer 1989, and they have continued collaborating closely over the years.

‘The fact that we disagree enough about many things adds a good dynamic to our activities and sharpens our thinking. The goal is always the same: a film that is as good as possible and made on our own terms,’ Taanila describes. 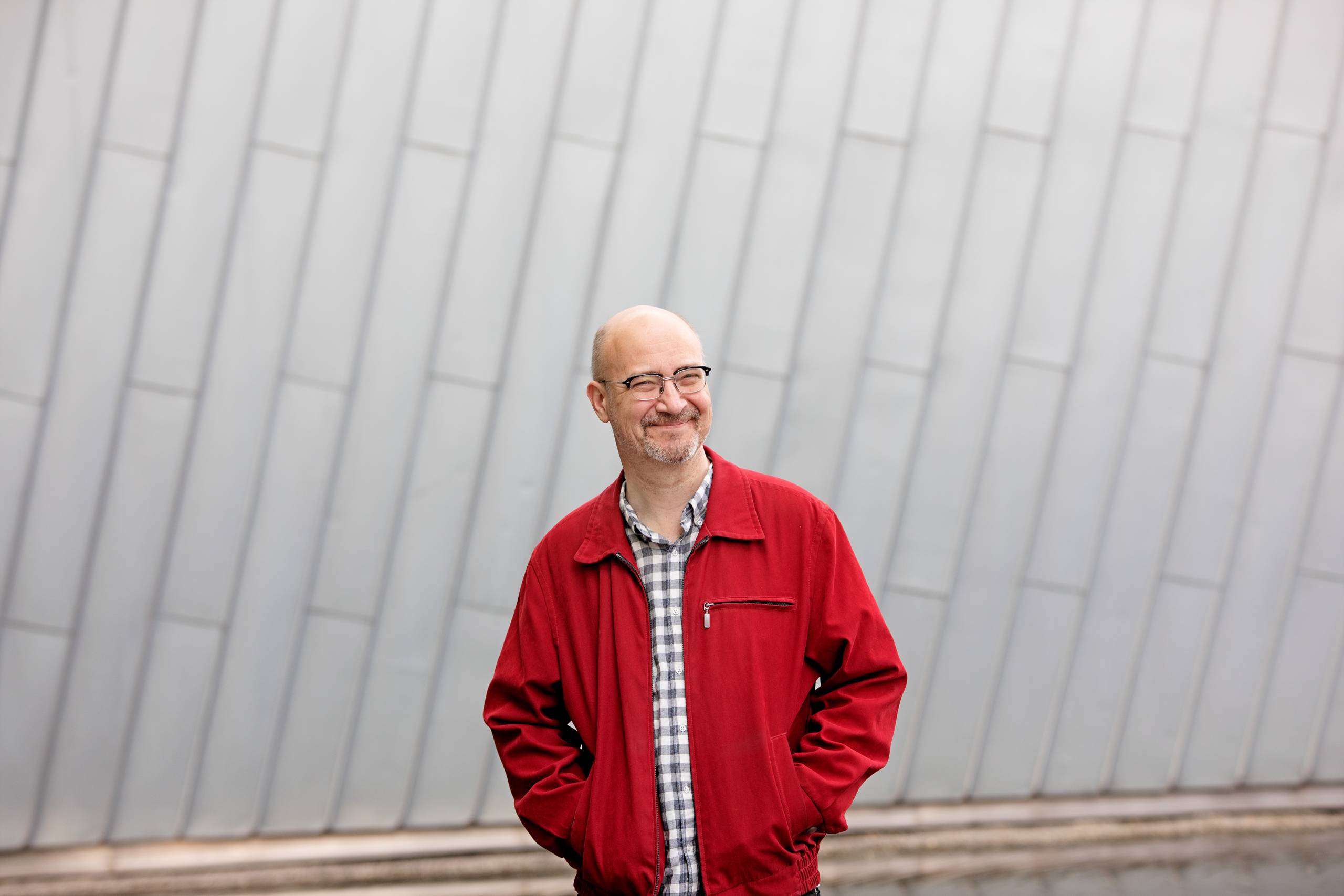 Mika Taanila works as a director and producer at Testifilmi. Photo: Riitta Supperi

Testifilmi was founded when the founders could not find a suitable producer for their own ideas among the existing production companies. Additionally, they wanted to build a framework for more experimental films that would allow for more funding and, through this, a larger audience. IC-98 and Patrik Söderlund, a member of this artist duo, became the third partner in the company, bringing a different way of thinking from the field of visual art.

On its website, Testifilmi says that it emphasises the potential of cinematic possibilities over traditional storytelling. The company strives to get away from the established formats of mainstream films.

‘For me, the notion of a film has, from the beginning, included all types of expression that make use of moving pictures and sound. In other words, rather than telling a story and sneaking content into the standard format, the form of the entire work is a key part of the content of the work,’ Eerola says.

The film Blue Honda Civic (Testifilmi 2020), for example, does not show the main character or actions, instead only showing the view opening in front of their eyes. For its part, Mannerlaatta (Tectonic Plate) was created completely without a camera. The story is told with the help of music, sound design, photocopies, photograms and text shown on the screen. In the text, the main character narrates their observations from the first person point of view, but the narrative does not reveal their gender, age or any other information about the narrator.

‘When we were making the script with the film’s screenwriter, Harry Salmenniemi, we noted that we don’t even know whether there are multiple main characters,’ Taanila says. 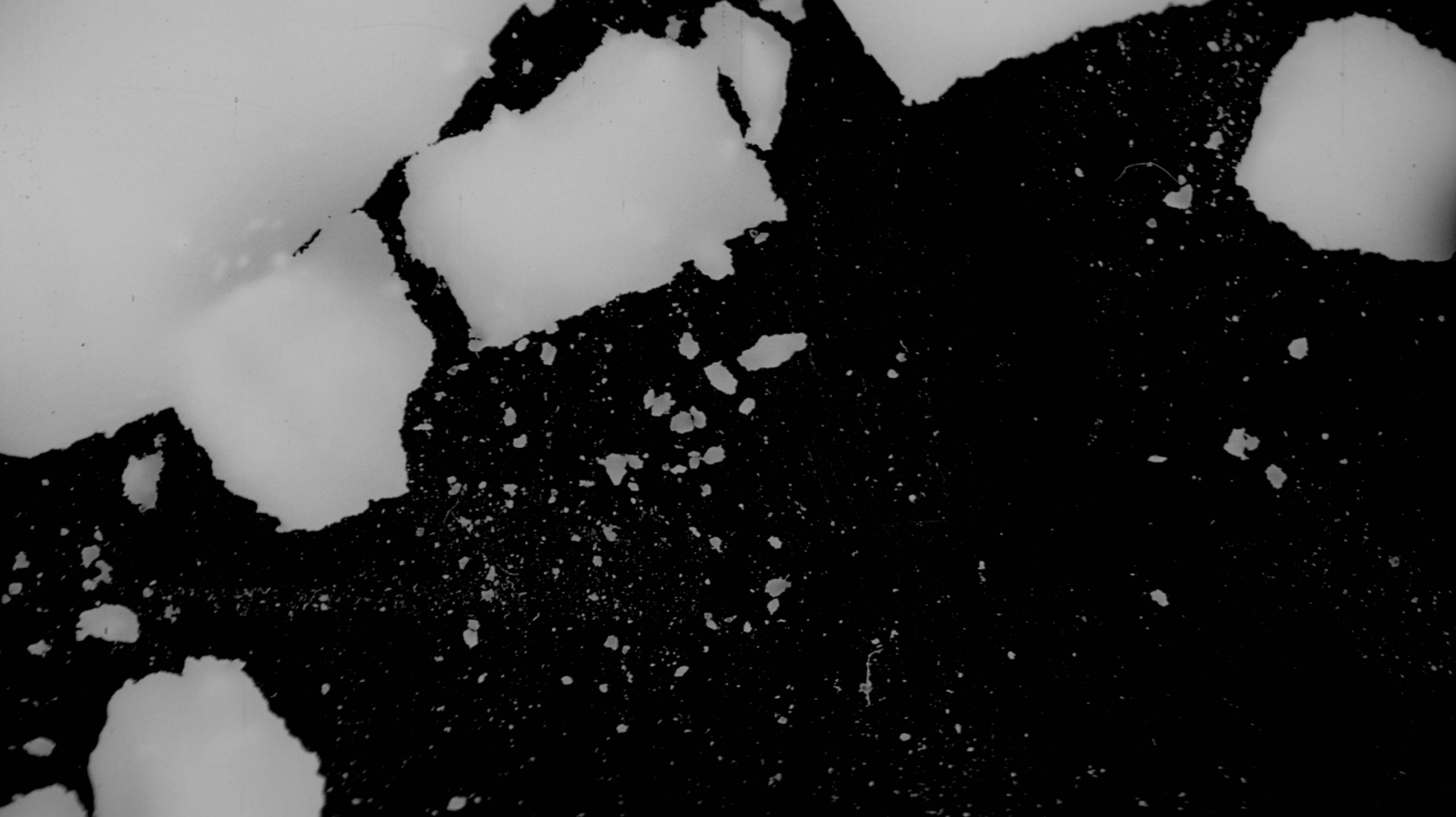 A still image from the film Mannerlaatta (Testifilmi 2016), directed by Mika Taanila.

Larger audience in the international arena

Testifilmi has received AVEK’s Mediarata grant, which is intended for developing media art production. The grant is funded from the special appropriation granted to AVEK by the Ministry of Education and Culture.

‘The Mediarata grant has played a decisive role during Testifilmi’s short journey. It has allowed us to continue our activities and take a more professional approach to producing and running the company. Without this type of funding, producing marginal works on a small budget would be difficult and, inevitably, amateurish to a degree,’ Eerola says.

Testifilmi’s works have been shown at several international festivals that seek an audience interested in art films.

‘There are many festivals that approach films as a form of art, and their audiences have an open-minded and enthusiastic attitude towards films. The aim of the international approach has been to find the right distribution channels and audience for this type of film,’ Eerola says.

He describes this goal as successful. Testifilmi’s films have been shown at dozens of festivals and also displayed at various visual art events, galleries and art museums.

Due to the coronavirus pandemic, international festivals, like other events, have been cancelled or moved online. The production company’s filming also came to an almost complete halt. The company hopes that films can be shown to festival audiences at physical locations again in the autumn. However, two exhibitions that are displaying works produced by Testifilmi have opened in June.

‘The installation version Omnia mutantur (IC-98) of the film Valtakunnat (Realms) is on display at the 40th anniversary exhibition of Kuopio Art Museum, and Sami van Ingen’s Polte (Flame) is included as an installation in the group exhibition Silver Girls. Retouched History of Photography at Tartu Art Museum in Estonia,’ Taanila says.

The exhibitions will be open until 27 September 2020.

documentary
media art
Mediarata
short film
How we use cookies?