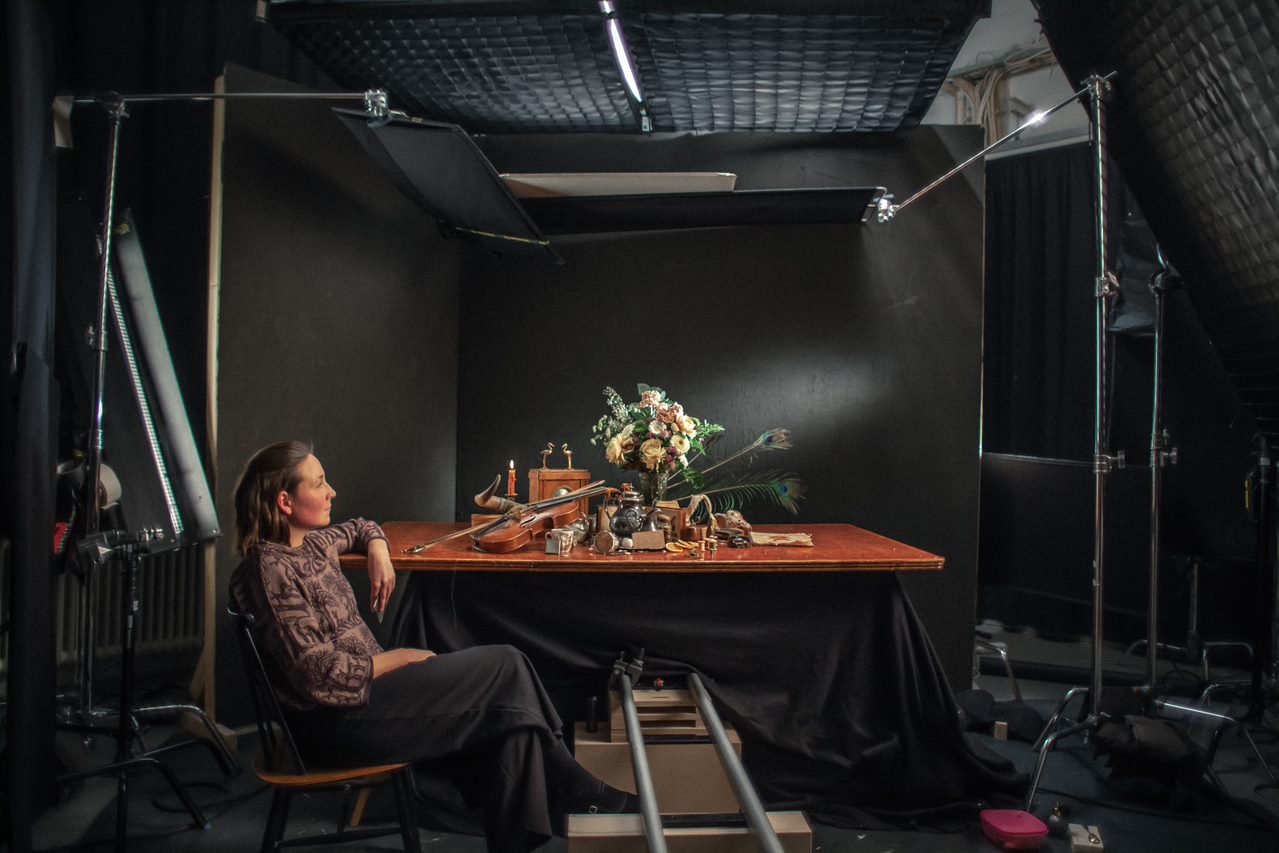 Elina Talvensaari’s film Lady Time, which received support from AVEK, premiered at IDFA, the most important documentary film festival in the world, in Amsterdam in November. After the showing, Senior Programmer Laura van Halsema led a discussion session.

‘When did you know that you would be making a film about this subject?’ van Halsema asked as her first question.

‘I immediately realised that I had to film the apartment’s contents, but I didn’t have time for it at first. The subject wouldn’t leave my mind and I first planned to make a five-minute-long short film about it. The final film ended up being an hour long,’ Talvensaari replied.

The director came across the subject when she stepped inside an apartment bought by her family in the Olympic Village in Käpylä. All the possessions of the previous resident had been left in the apartment. Sirkka-Liisa had lived in the apartment from 1952 until her death in 2012. For almost the last 20 years of her life she had lived there alone.

‘Sirkka-Liisa had bequeathed her assets to the Lutheran Evangelical Association of Finland. The association had only taken valuables. There were empty places on the walls where pictures had hung. Everything else was left there,’ Talvensaari recounts on the day after the premiere.

‘We had a month to move from our rental apartment to our new home. When we were renovating, our own stuff was all mixed up with Sirkka-Liisa’s stuff.’ The possessions left behind by another person evoked an existential question. What do possessions tell us about their owner? This is what Talvensaari explores in her film.

Talvensaari’s family ended up holding on to some of Sirkka-Liisa’s things: dishware, book cases, chairs. ‘We’ve made generous use of the sewing supplies and the extensive button collection. In contrast, I have no idea what to do with all the Bibles. I have no use for them, but it would feel cruel to throw them in the trash,’ Talvensaari muses.

The buttons tell us about handicrafts and the Bibles tell us about religiousness, but the furniture does not reveal much about its owner. However, Sirkka-Liisa had left a great amount of materials behind: letters, photos, diaries, cine film…

Despite this, Talvensaari carried out a great deal of detective work to find out what Sirkka-Liisa was like and managed to piece together her life story. Sirkka-Liisa was born in 1915, served in the air raid defence division of the Lotta Svärd Organisation during the Second World War, enjoyed a long marriage with her husband, Veikko, travelled a great deal and, late in life, lived for a long period of time without relatives.

The loneliness of her later years feels heavy in the film, so much so that some viewers had trouble understanding it during the showing. Someone from the audience asked whether Talvensaari had contacted Sirkka-Liisa’s relatives, even though it is said in the film that there are none.

‘We filmed a lot of footage of me sneaking around Finland, doing detective work, but the story comprised of such small pieces that it didn’t work out. For some reason, I’m interested in subjects that are difficult to film – a dead person and sex workers who cannot be shown in pictures.’

Talvensaari’s previous documentary, Purity and Danger (2016), was about sex work. She points out that she was inspired to become a documentarist by essay films specifically, particularly the works of Kanerva Cederström.

Despite the challenges – or perhaps because of them – Lady Time is a great portrait. For Talvensaari it is, above all, about the passage of time and its significance to human life. As the narrator of her film, she says that the meaning of life lies in moments, rather than memories or achievements.

Sirkka-Liisa lived to the age of 96. With Talvensaari weaving herself into Sirkka-Liisa’s story, Lady Time reflects the inescapable impact of time on both the individual and history.

‘For sure, life has changed a great deal. Coming from an upper-class family that lost its wealth, Sirkka-Liisa has a completely different background than I do. Veikko was a working-class man, and they did not hold a church wedding. I assume that it was liberating for Sirkka-Liisa, even though she was religious,’ Talvensaari muses. ‘Of course, the freedom of women has increased enormously.’

Technology has likewise changed and increased enormously in people’s lives. Today, we take more photos with our phones than ever before. But how long-lasting are these digital traces?

A great deal of analogue material exists of Sirkka-Liisa and her life, which Talvensaari could utilise in the film. But what will be left of us? Will people remember us by browsing our Facebook profile? ‘No one knows how long photos will last on hard disk drives. Perhaps not much of anything will be left of us. The thought of transience was distressing and perhaps the most important reason for making this film. Sirkka-Liisa’s story gives visibility to questions about the passage of time and the fleetingness of everything,’ Talvensaari says.

At least a filmmaker will leave behind films. Talvensaari’s (b. 1978) short student documentary How to Pick Berries (2010) has been shown twice at IDFA, first in the IDFA Competition for Student Documentary and then in the Female Gaze programme in 2014, for which it was chosen by Pirjo Honkasalo.

Talvensaari has also attended training programmes at IDFAcademy a few times, once with Lady Time. Now the film is seeking to go out into the world through IDFA. Lady Time is distributed by the brand-new Finnish company Raina, which reports that there were interested parties at the festival.

‘It’s nice, even though interest by itself doesn’t mean that it will lead anywhere. TV channels aren’t likely to line up for an essay film, but festivals might take it,’ Talvensaari says calmly.