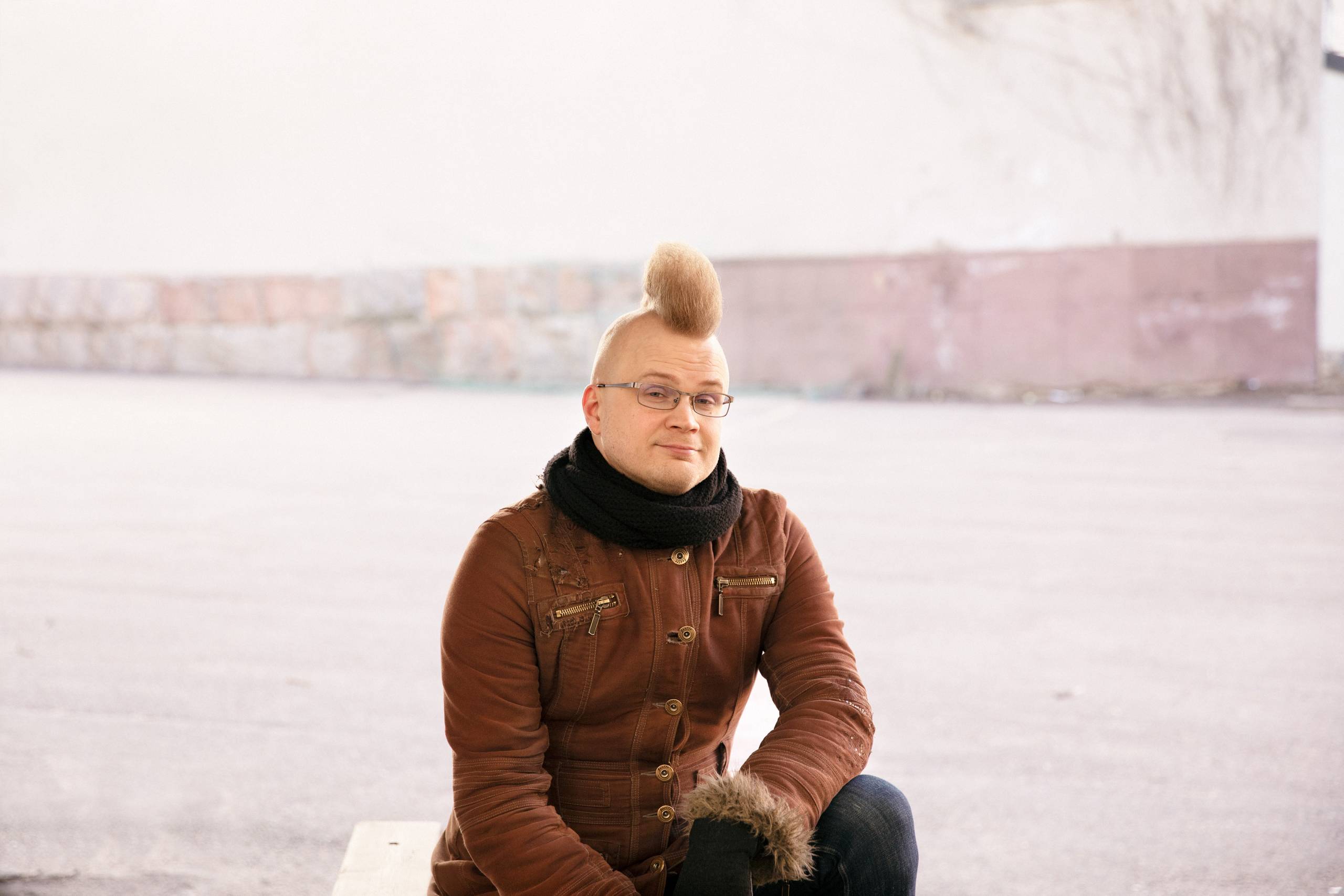 Currently, Ilja Rautsi is finalising the black and white horror comedy Night of the Living Dicks (Bufo) supported by AVEK, in which ‘a woman who has had enough of dick pics finds a pair of glasses through which she can see which men are real dicks.’

‘The short film is about gender roles and the culture of sexual violence. An important starting point was that the film doesn’t contain sexual violence,’ Rautsi says. He is both the director and the screenwriter of the film.

Rautsi also addressed the gendered use of power in his directorial debut supported by AVEK. The horror satire Helsinki Mansplaining Massacre (Bufo, 2018), depicting mansplaining, was nominated for the Jussi Award for the best short film and also attracted attention at foreign film festivals.

‘Comedy and horror both allow and demand bigger excesses in style and ideas,’ Rautsi reflects. ‘It seems that blatant injustices and their wider cultural context can also be addressed more directly if we ignore the demands of reality.’

Rautsi considers AVEK’s grants important for the film industry in Finland. He says that he constantly encounters filmmakers at North American film festivals, for example, whose short films are made completely at their own expense and mostly as work samples for the future.

‘Public support is the only way to ensure that short film, for example, remains a living art form,’ says Rautsi. ‘Even a small film requires resources and it’s better if the responsibility for results is on the side of artistic expression.’

‘Copyright remunerations provide the opportunity to support oneself through artistic work. They are also a recognition of the fact that art and entertainment are, at their core, forms of personal expression that would not exist without the workings of the minds of the people who created them,’ Rautsi says regarding the remunerations he has received from Kopiosto.

It is important for those working in the creative industry to know where their own boundaries are and to demand space for them in the work process. This applies to both mental aspects and working hours.

‘Every day is different with different, seemingly impossible challenges. For a person like me who is easily numbed by repetition, such variety is pretty much a lifeline, even though it’s quite insecure.’

Rautsi, who worked for a long time as a film and TV critic, is nervous about reviews written about his work, like anyone else in the creative industry. Nevertheless, he primarily sees them as communication between the work and the audience.

‘Unless it’s a broader reflective essay, for example, I think the author shouldn’t have any reason other than ego to read critiques. And of course you read them.’

Rautsi is currently working on several projects. On the screenwriting front, Rautsi’s film adaptation Veden vartija based on Emmi Itäranta’s Memory of Water will be filmed this year, and the feature-length horror drama Pahanhautoja is in post-production. As for his own directorial work, next he is set to continue to develop the script for the feature-length horror comedy Punaista lunta.

‘My career utopia is to keep doing projects where, at the start of the project, I’m not sure if I’ll be able to write it. I want to play and I want to make films the likes of which haven’t been made before,’ he says.

audiovisual author
short film
visual artist
How we use cookies?